INTERCONTINEN7AL: “It became clear that there may be an ability to create music with someone from each continent!” 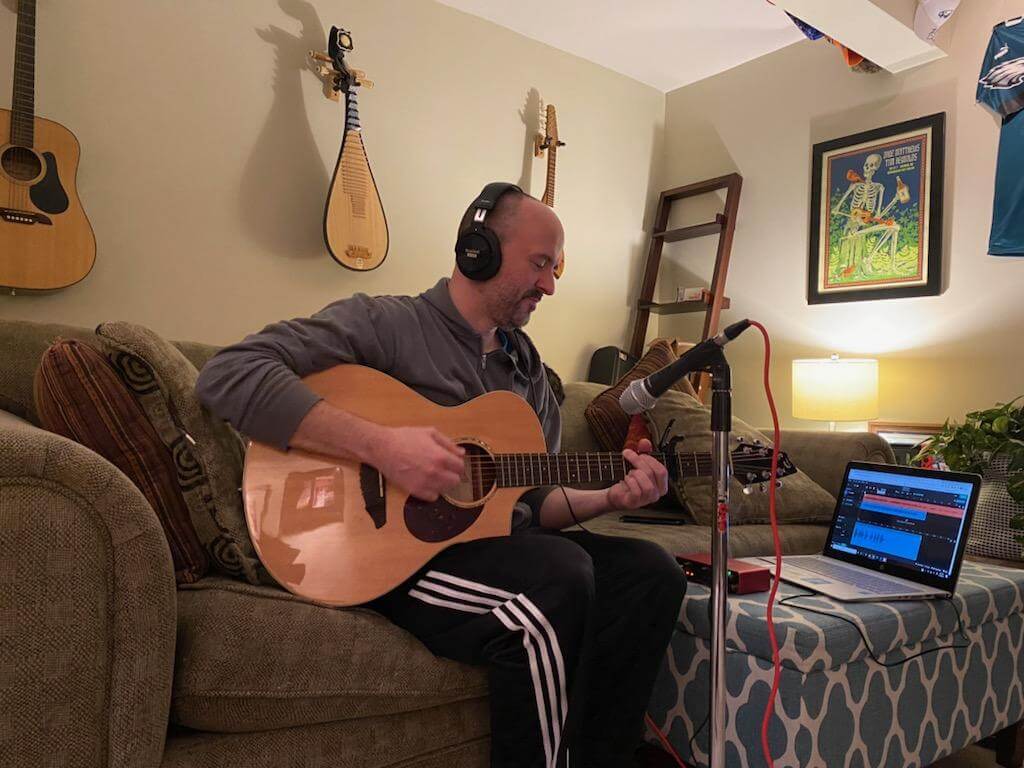 Originating in the US, multi-genre outfit INTERCONTINEN7AL can be described as an international band, featuring musicians from different continents. From the get-go, they have a pretty peculiar identity. Their goal is to showcase how remote collaboration can bring wonderful results, removing physical barriers and enhancing teamwork. If their single ‘War’s The Noise’ is anything to go by, we can confidently say they reached what they set out to do.

A convoluted piece of rock, the track feels eclectic and inspired, featuring expert musicianship from all musicians taking part in it. They also champion Bandlab, a remote collaboration software. We’ll be looking forward to their upcoming album ‘Volume 3’, releasing later this year; all proceed will go to relevant Ukraine-supporting charities.

Intrigued by the project, we caught up with INTERCONTINEN7AL to find out more about their artistry and future goals… interview below!

Hey guys, how is it going? some of our readers might not be familiar with your project, how would you describe yourself, in a few words?

INTERCONTINEN7AL is a virtual band that was founded in 2020 during the onset of the pandemic, and includes musicians from all 7 continents – yes, even Antarctica! We recorded two songs called “Manor Hill” and “Puerto Aisen”, released on our previous two albums, which are the first original compositions in music history to have recorded instrumentation from all 7 continents. We have been able to create three albums during our tenure, with generally 25 to 30 musicians participating on each record. With each release, INTERCONTINEN7AL donates album proceeds to a charitable cause identified by the band.

Your current work is the result of a long journey; how did you initially get together?

Once Covid hit in March 2020, as we know, all live music was effectively put on indefinite hiatus. In order to be able to continue playing with my local Maryland band Toast, we stumbled on the app BandLab, which enabled us to share song ideas, apply effects to their tracks, etc. We were soon recording drum ideas, guitar progressions, and other ideas in the tool and just working with each other to learn the app.

Eventually, we opted to publish some song concepts and make them “forkable” to the BandLab public community, to test the waters and see if other musicians outside our band unit would be interested in participating. By doing this process, we were able to find talented performers such as Hope Gray of San Francisco, Gustavo Prida from Argentina, Robert James Shoveller from Australia, and Rieneke from the Netherlands! All of these musicians added their personal flair and flavours to these song ideas we had, and significantly elevated what we initially came up with. It became clear that there may be an ability here to actually create music with someone from each continent!

For the remaining musicians on the project, we reached out to friends and family who were fellow musicians or folks we have played with previously, and utilized Explore and the Creator Connect feature on BandLab to make some other musician connections (Dirty D in San Diego, Josh Pearlson in South Africa, etc). For Antarctica, I found email addresses for most of the active research stations, and messaged each one separately to see if there happened to be a musician on site who wanted to participate. Aymar de Lichtervelde from Belgium, stationed at Princess Elisabeth Station, and Stijn Thoolen from the Netherlands, stationed at Concordia, were interested in adding their skills to the group and we were able to incorporate their contributions to our project!

It was a sheer happy accident that we stumbled on the worldwide capabilities of the program, and everything just snowballed from there.

If you had the opportunity to pick any artists in the world for a collaboration, who would be your first choice? (and second choice, perhaps?)

For me personally, Dave Grohl is towards the top of the list. The genesis of this band is heavily in debt to the Sonic Highways album that Foo Fighters completed, where they created their record by collaborating with various high-profile musicians across the United States (and as a result, actually recording each song in a separate state). I remember thinking to myself, “What if we took this concept but expanded it into a global theme”? This project would come full circle if Dave were to join the party!

You are about to release the single ‘War’s the Noise’, in anticipation of an upcoming album to be released later this year. What does the song mean to you, is it related to current world events?

The song “War’s the Noise” originated from a song concept that Andrasta had written about a year ago. I had messaged the group to suggest making a single to support raising money for Ukrainian refugee relief, and Andrasta was quick to share her lyrics and vocal melody for the song. To quote Andrasta, “the lyrics felt more topical and poignant than they had when I’d originally written them”.

We are interested in your songwriting process; you use SoundLab, a remote collaboration DAW. How is that working out for you? Who’s the one coming up with main riffs and lyrics usually?

Due to the remote nature of BandLab, the songwriting process is totally different from any other band environment I have participated in. The seeds of a song can be planted from almost any source: a guitar progression, a MIDI melody, an acapella vocal part (which is how “War’s the Noise” began). BandLab has been a total godsend for me personally. Being able to initiate and continue this project within the app has been extremely fulfilling.

Your previous releases showcase quite an eclectic musical style; are you open to exploring different genres and musical formulas?

Absolutely – The first album was more folk, alternative rock, and blues-oriented, but with the influx of new members we have really spread our musical wings with compositions that reflect Latin, jazz, classical, funk, metal, pop and even showtunes! I’m hoping that future records may include more unchartered genres for us such as country, hip-hop, and reggae!

Artistically speaking, what challenges have the last two years presented you with?

Obviously, with the pandemic severely limiting group gatherings back in spring 2020, it took a major pivot from in-person to remote at the start to continue to play music with fellow bandmates. Enter the wonderful application BandLab. If there was any silver lining to come out of Covid, it was being able to leverage BandLab to be able to continue collaborating together.

What are the next steps for your project? Anything exciting on the horizon?

For sure! Our mastermind producer Marcin Nawrocki is working hard to wrap up post-production for Volume 3, which is slated for release in December 2022. Once the album has been pushed out, then it’s on to Volume 4 in 2023!